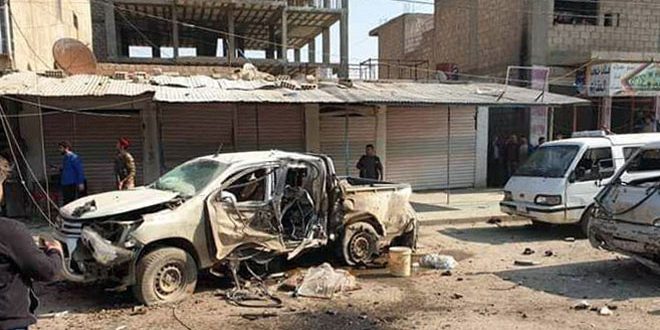 Hasaka, SANA- Four civilians were injured due to the explosion of a booby-trapped motorcycle in al-Salihyia neighborhood in Hasaka city.

SANA reporter in Hasaka said that a booby-trapped motorcycle, parked  near al-Mashhameh roundabout in al-Salihyia neighborhood in the city went off , causing the injury of four civilians as the injured were rushed to the hospital to receive the required treatment.

Hasaka city injured motorcycle 2019-10-31
hala
Share
Previous Damascus on 31-10-2019
Next SANA delegate to Geneva: Delegation supported by Syrian Government to Committee of Discussing the Constitution and other delegations arrive at UN HQs in Geneva to participate in first session of discussing the constitution