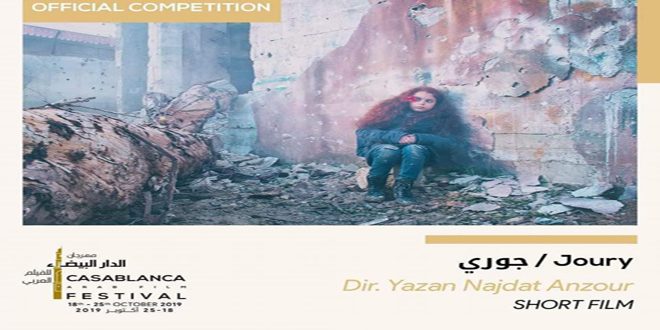 Damascus, SANA_ The two short-films “Joury” and al-Habel al-Serri “umbilical cord “, produced by the General Organization for Cinema, won the Grand Prize and the Best Scenario Award in the second edition of Casablanca Film Festival.

The film Joury, directed  by Yazan Najdat Anzour, won the Grand Prize. It deals with suffering of the child Joury after she lost her family in a devastated city in time of war.

Lavrov, Zarif discuss the situation in Syria in phone call