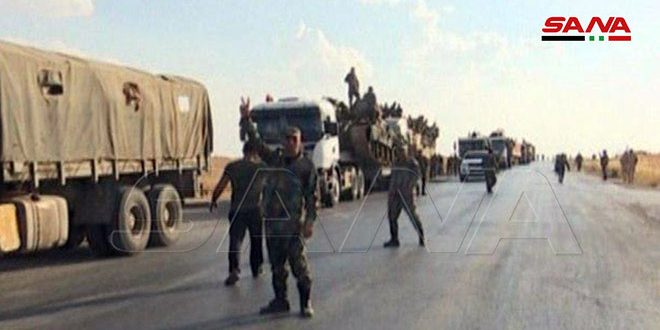 Hasaka, SANA – Syrian Arab Army units continued on Sunday deployment operations in the towns and villages of the Syrian al-Jazeera area to confront the Turkish aggression on Syrian territory.

SANA’s reporter said several military vehicles and soldiers from the Syrian Arab Army were mobilized in several directions in the countryside of Raqqa and Hasaka province to fortify their positions in the areas in which they were deployed during the past few days.