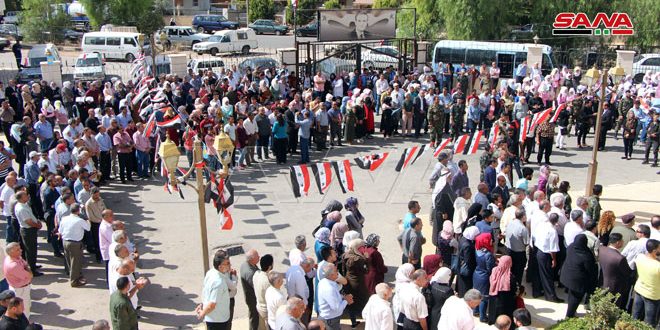 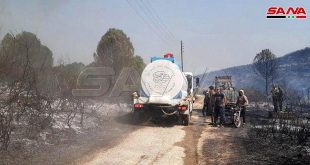 Number of fires extinguished in Mashta al-Helou, Tartous countryside, Firefighting teams of Sweida and Daraa participate in operations in Tartous and Lattakia

Iwan: a heritage building for the guests

Daraa, SANA – Popular and official activities in Daraa organized a protest against the Turkish aggression on Syrian territory and its crimes against Syria in Hasaka and Raqqa countryside. 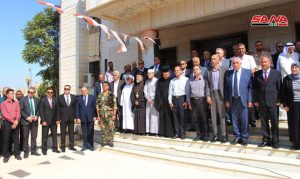 Participants stressed the need to unify efforts and rally around the Syrian Arab Army to liberate land and protect infrastructure and properties, expressing support for the people of the Syrian al-Jazeera area and calling on all illegitimate forces to exit Syria.

The participants said Erdogan will emerge defeated and that the Syrian Arab Army units which had moved north will vanquish the Turkish aggression and all the forces that target Syria. 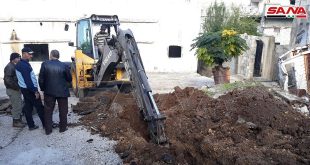 Homs, SANA- With the increase of the return of the locals of al-Zara town in …