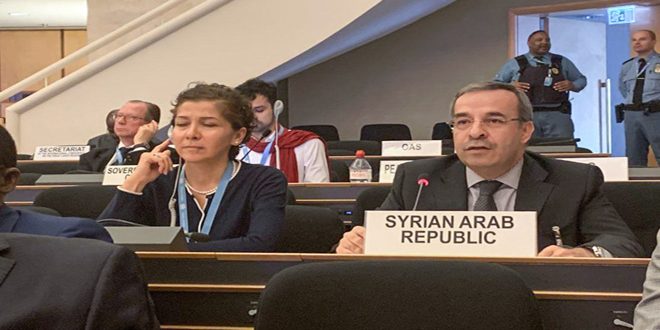 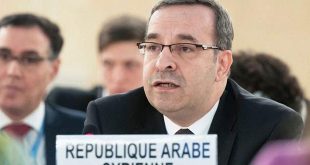 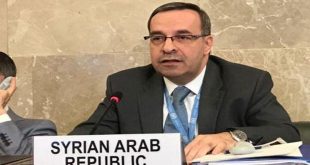 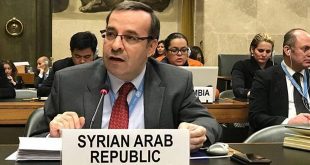 Geneva, SANA-Syria’s permanent representative to the UN in Geneva, Houssam el-Din Ala, affirmed on Wednesday that Syria concentrates on the return of refugees to their regions, provides them with basic needs and rebuilds what has been destroyed by terrorism.

Ala, in a statement to the 70th session of the Executive Committee of the UN refugees Agency (UNHCR ), warned against the political maneuvers of the Turkish regime which traffic in the suffering of the Syrian displaced and use them as a pressure paper and justify the establishment of the so-called “safe zone” inside Syrian territories.

He affirmed that the reason behind the humanitarian suffering in Syria and the displacement of Syrians is the Takfiri terrorism, sponsored by some countries, to serve their intentions and the economic terror war that target medicine, medical equipment and the kids’ milk.

Ala 2019-10-09
shaza
Share
Previous Putin calls for respecting Syria’s sovereignty and territorial integrity
Next Sabbagh: Syria will continue to cooperate with fact-finding mission