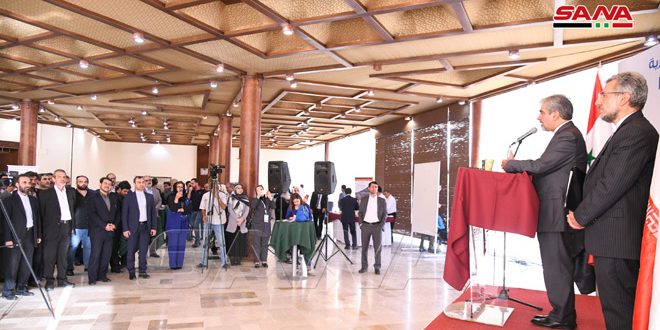 Damascus, SANA- On sidelines of the 5th Re-build Syria Expo , currently held at Damascus Fairgrounds, the Iranian Embassy in Damascus organized an introductory forum on the available frameworks for cooperation between the Syrian and Iranian companies and between businessmen from the private sector in both countries.

Iranian Ambassador Javad Turk Abadi said that the forum tackled the agreements signed between the two countries which facilitate the economic, trade and financial cooperation and the available capabilities for the Embassy in Damascus to help the investors and the economic activities. 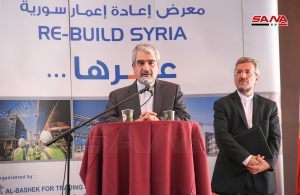 Turk Abadi indicated that the participating Iranian companies enjoy a high-level quality and they can contribute to the next stage of the reconstruction in Syria including the rebuilding of the infrastructure and establishing advanced industries, in addition to the renewable techniques.

He added that the forum contributes to forming frameworks which enable building an economy with positive and profitable visions as a number of agreements and contracts will be signed between the two sides by the end of the expo. 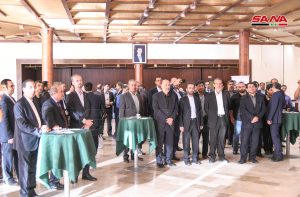 For his part, the Official Spokesman for the Iranian Embassy said that a number of the Iranian companies which are specialized in the advanced technology attended the expo.

He added that the expo constitutes platform for developing the economic activities, particularly in the domain of the high technologies which pushes the wheel of progress forwards.

He noted that the cooperation between the Syrian and Iranian companies will yield fruitful outcomes, expressing full readiness of the Iranian side to provide the support and information regarding the investment through introducing the effective Iranian and Syrian companies which are ready to cooperate so as to reach a stage of organized cooperation between these countries and later to ensure the funding.

Organizer and coordinator of the Iranian companies Saeed Zakeri said that about 72 companies are participating the expo over a wide area with the aim of enhancing cooperation and joint economic exchange with the Syrian side.

Zakeri added that the major Iranian companies which are specialized in reconstruction came to Syria to take part in the expo, and they are ready to cooperate with the Syrian companies and businessmen to rebuild what has been destroyed at the hands of terrorists in Syria. 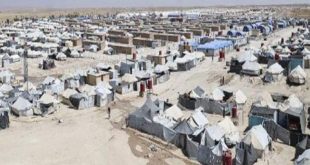 Hasaka, SANA- Amid a state of chaos and insecurity inside QSD-controlled al-Haul camp, east of …