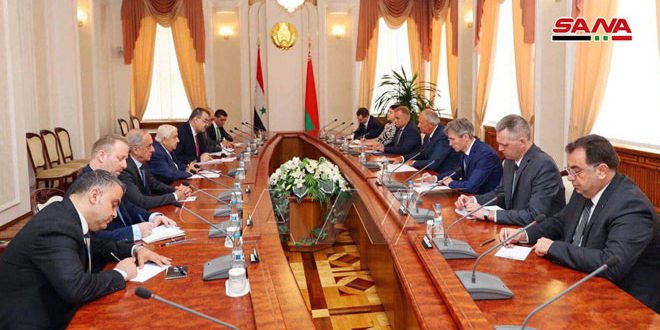 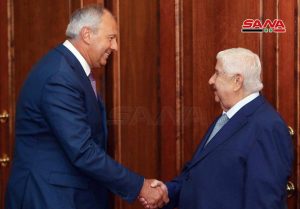 Viewpoints were identical on that the meetings of the 7th session of the Joint Syrian-Belarusian Committee due to be held in Damascus soon constitute a suitable opportunity which should be benefited from.

Both sides agreed on that the issues and topics to be discussed during the meetings will form a significant basis to enhance economic relations between the two countries and to increase trade exchange between them to reach its former level ahead of the terrorist war waged against the country so as to achieve a partnership between them benefiting from the strategic positions of both countries in a way that would serve the common interests of the two friendly peoples and countries. 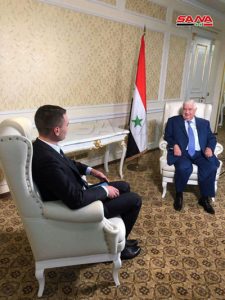 Rumas and al-Moallem, during the meeting, underlined the importance of working on activating the agreements, memos and executive programs signed between the two countries, in addition to activating the work teams which have emerged from the joint committee.

Talks during the meeting also touched upon the participation of the Belarusian companies in the reconstruction process and means to provide the required facilitations to them to participate in this process.

On the sidelines of his visit to Minsk, al-Moallem was interviewed by the 1st Channel at the Belarusian state T.V in which he talked about the political and field situation in Syria, in addition to combating terrorism, Astana meetings and the bilateral Syrian-Belarusian relations.