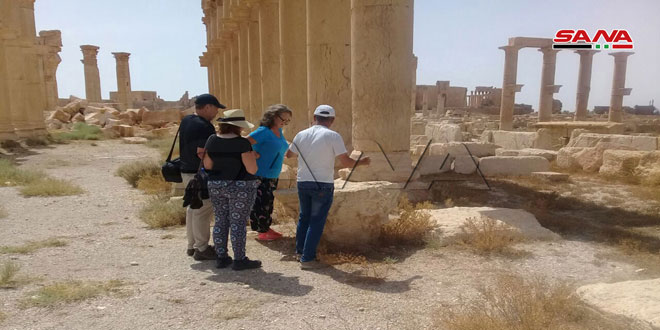 Homs, SANA- A number of European tourists arrived in archeological city of Tadmour (Palmyra) where they visited its National Museum , the Temple of Bell , the street of columns, the Historical Theater and many other archaeological landmarks . 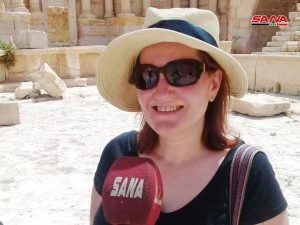 The tourists also documented by photos acts of sabotage and destruction which had been caused to historical monuments due to crimes committed by Daesh(ISIS)terrorist organization.

Speaking to SANA , tourist Kathrin from Britain pointed out to Syria’s great civilization to which terrorists have sought to obliterate with its known culture to the entire world , expressing sorrow over the destruction that affected the city at the hands of the terrorists. 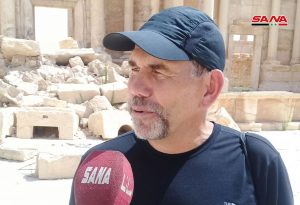 For his part, Steve, a professor at a university in New Zealand, considered that Palmyra is a city of civilizational creativity through its archeological monuments, pointing out to importance of its strategic position on the Silk Road historically.

archaeological landmarks European tourists Tadmour (Palmyra) the street of columns the Temple of Bell 2019-07-18
shaza
Share
Previous Putin, Macron discuss situation in Syria
Next Lavrov: Need for finding a political solution to crisis in Syria according to UN resolution 2254