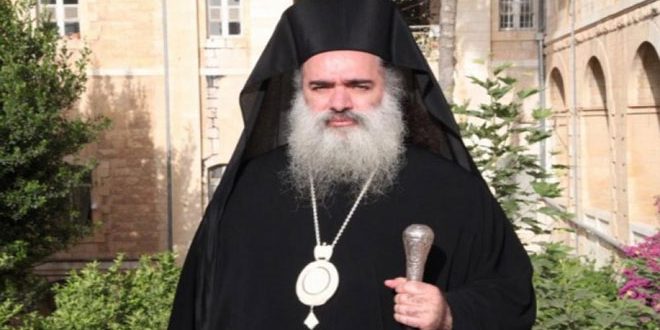 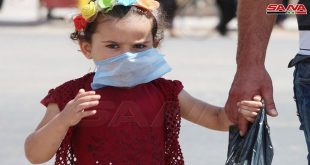 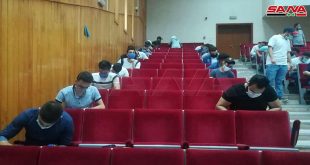 Occupied Jerusalem, SANA-  Greek Orthodox Archbishop of Sebastia Atallah Hanna has denounced the latest Israeli aggression against Syria, indicating that the repeated Israeli acts of aggression come due to the failure of the global conspiracy hatched against Syria.

Archbishop Hanna, in a statement, said that the Zionist barbaric aggression against Syrian is an aggression against Palestine and all the Arab nation, noting that those who conspire against Palestine and its capital Jerusalem are the same ones who are conspiring against Syria which started to recover after the victories it has achieved over its enemies.

He affirmed the solidarity of the Palestinian people with Syria and its people because it is the beating heart of Arabism which has defended the Palestinian cause since 1948 and it still defends it.

The Archbishop underlined the necessity of facing the sinister schemes which target Palestine and its people and just cause and Syria who has remained steadfast in the face of the aggression.

He also expressed confidence that Syria will triumph over all of its enemies and it will remain unified and strong and will continue the resistance in the face of colonization and occupation.