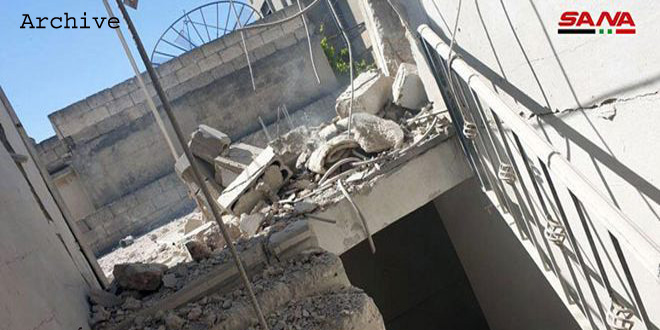 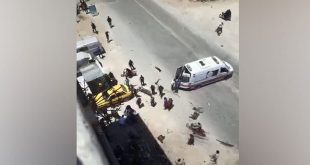 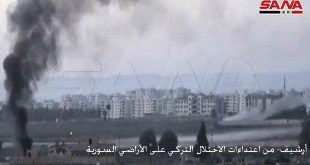 Idleb/Hama, SANA- Two girls were martyred and three civilians were injured on Wednesday in terrorist rocket attacks on the villages of al-Rasif and al-Azizyia in Hama northwestern countryside.

SANA reporter said that Jabhat al-Nusra terrorists positioned in the surroundings of al-Hwijah and Shir Maghar villages northwest of Hama , fired rocket shells on civilians in al–Rasif and al-Azizyia villages in Qal’at al-Madiq area, claiming the lives of two girls and injuring three civilians in al- al-Azizyia, and causing material damage to houses and properties in the two villages.

In retaliation to the terrorists’ attacks, army units conducted intensive artillery strikes on the terrorists’ launchers and their fortified positions at the southern parts of al-Habit village in Idleb southern countryside, destroying them and killing a number of the terrorists, the reporter said.

Army units also detected movements of terrorist groups from Jabhat al-Nusra and Turkistani party , and targeted them with artillery strikes in Babulin village , and Hashish Rakaya town in Ma’aret al-Nouman area in Idleb southern countryside, killing and injuring a number of the terrorists , and destroying their fortifications, the reporter added. 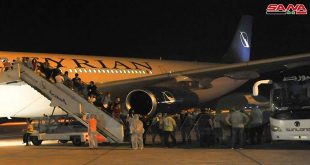 Damascus, SANA- The second batch of the Syrian students who study in India arrived in …