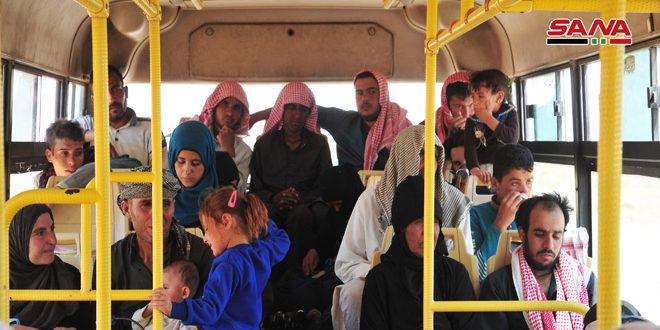 Homs, SANA-Hundreds of Syrian displaced, who have got out of al-Rukban camp, arrived in the life crossing of Jleighem in Homs eastern countryside. 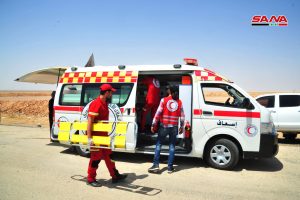 Over the past 5 years, the US occupation forces and their mercenaries have besieged  hundreds of the Syrians in al-Rukban camp, known as the death camp, as life was very hard there and people lack the simplest factors of life, namely food and medicine.

The coming citizens to the crossing point of women and elders appeared to be exhausted and tired, but they were optimistic that the following days will be better.

Men of the army and members of the Syrian Arab Red Crescent were awaiting at the crossing point to offer water, food and medicine to the displaced.