Army responds to terrorists’ breaches in Idleb and Hama 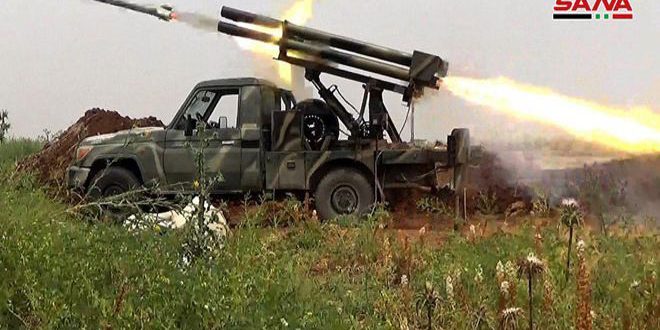 Hama, Idleb, SANA- Army units retaliated to breaches of the de-escalation zone agreement by terrorist organizations positioned in Hama and Idleb countryside and their frequent attacks on military posts and safe areas, in addition to burning agricultural fields and destroying the public and private properties.

Terrorist groups on Saturday fired rocket shells on the villages of al-Sheikh Hadid, al-Jalma and al-Azizyia in Hama northern countryside causing the eruption of fire in the agricultural lands, in addition to destroying some houses and properties.

SANA’s reporter said that army units carried out concentrated strikes targeting positions and movements of Jabhat al-Nusra terrorists in al-Latamneh, al-Zakat, and Hesraya, destroying a number of their positions and vehicles, in addition to targeting terrorists’ movements in the towns of Haish and Abdin and Sheikh Mustafa village in Idleb’s southern countryside, inflicting losses upon them.

Earlier, the reporter said that army units conducted at dawn concentrated artillery and rocket strikes against gatherings of Jabhat al-Nusra terrorists and the affiliated groups and targeted their vehicles and rocket launching pads in the area which extends between al-Sayyad village and Kafr Zita town in Hama northern countryside.

The reporter added that a number of terrorists were killed in the strikes and others were injured and a number of their vehicles and supplies were destroyed.

Other army units conducted concentrated artillery strikes targeting a number of Jabhat al-Nusra terrorists, destroying their fortifications and ammo caches in al-Fatira town in the surroundings of Kafr Nubbul in Idleb southern countryside. 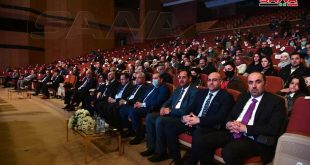