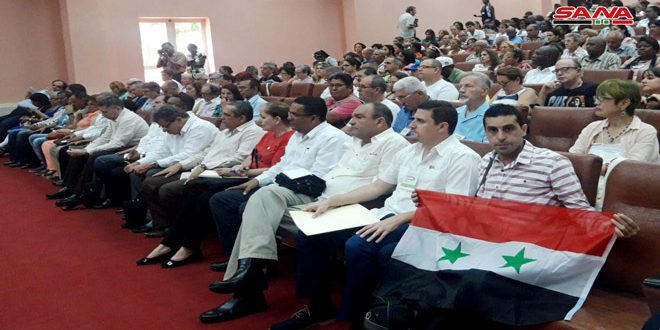 Guantánamo, SANA-The 6th International Seminar for Peace and the Abolition of Foreign Military Bases kicked off in Guantánamo on Sunday with the participation of Syria and delegations from 35 countries.

Silvio Platero, president of the Cuban Movement for Peace, said in an opening speech that the meeting of this seminar comes within difficult conditions as the US escalates its aggression against Cuba and Latin countries in addition to tightening the economic measures against Havana. 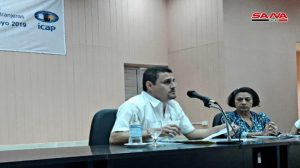 For her part, Maria do Socorro Gomes, President of the World Peace Council, appreciated Syria’s struggle during many years of terrorist war on the country.

She condemned the US blockade imposed on Cuba and called for closing Guantanamo base.

Diplomatic Attaché at the Syrian Embassy in Cuba, Samer Sa’ad said the Syrian State is determined to go ahead in combating terrorism, adding that the victory of Syria is a victory for all peoples who fight imperialism. 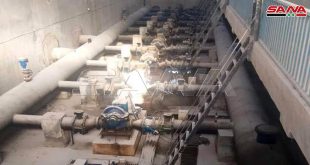