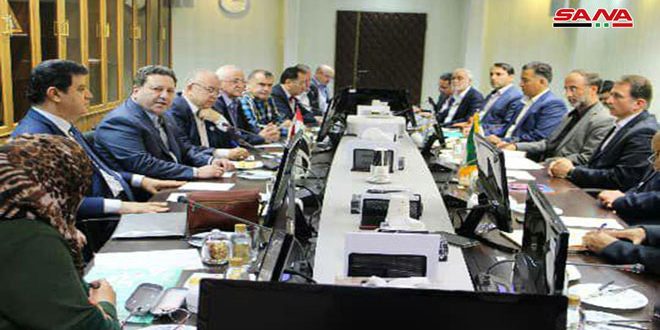 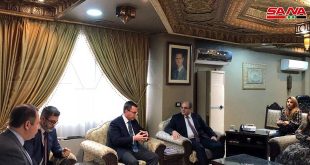 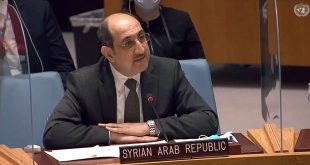 Tehran, SANA- Chairman of Damascus and its Countryside Chamber of Industry Samer al-Debs discussed with Director General of the Iranian Customs Administration and Iranian Deputy Minister of Economic Affairs and Finance Mehdi Mirashrafi means to enhance joint cooperation between the private sectors in Syria and Iran in the industrial and commercial domains.

“We are seeking to upgrade the economic relation to the level of the political relations,” al-Debs said during the talks, indicating that there are many fields of joint cooperation in transporting goods and increasing the volume of the trade exchange.

He underlined the importance of removing the obstacles facing the cooperation between the two sides, calling for enhancing that cooperation in the industrial and commercial domains to facilitate the flow of goods to the two countries.

Al-Debs underlined the importance of the joint investments in the industrial sector and the cooperation between the two countries in the domain of the financial transfers to face the unjustified unilateral economic coercive measures imposed on the two countries.

In a statement after the talks, al-Debs said “We discussed the way of facilitating the flow of the Syrian exports to Iran and the Iranian exports to Syria,” adding “We must upgrade the economic relations to be up to the solid political relations between the two countries.”

Iranian Committee on the development of economic relations with Syria and Iraq Hassan Danaiefar affirmed full readiness for cooperation with the Syrian side to facilitate the flow of goods to the two countries.

For his part, Iranian Deputy Minister of Economic Affairs called for forming a customs union between Iran, Iraq and Syria to increase the volume of trade exchange between the three countries and for facilitating the flow of goods between them.

Al-Debs and the accompanying delegation also discussed with Deputy Minister of Industry, Mine and Trade for Industries Affairs Farshad Moghimi means to develop bilateral cooperation between the two countries, particularly in the current circumstances due to the sanctions imposed on the two countries.

Moghimi suggested the establishment of a joint committee between the chambers of industry as both sides agreed on the main principles of that committee on the basis of activating its work later.

Syrian Ambassador in Tehran Adnan Mahmoud said in statements that the visit of al-Debs and the accompanying delegation reflect the image of the cooperation with the Iranian side and affirms Syria’s limitless support for establishing an industrial partnership and upgrading the economic integrity, indicating that this meeting will contribute to removing the obstacles facing the partnership between the two countries. 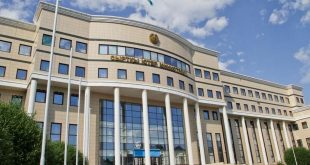