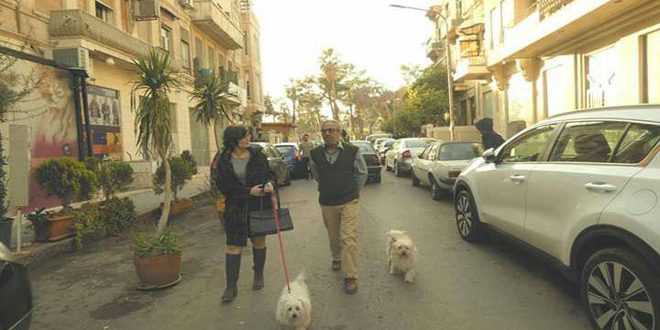 The film depicts the life of a middle-aged man and woman who experience the harshness of reality from special angles. They stay passive to the incidents surrounding them until they reach the maximum until they raise two dogs and then a crucial change in their lives occurs.

Speaking to SANA, Milhem said that ” I think that the experience itself is a good opportunity by the National Film Organization through studying in the Diploma of Cinema Science and Arts until the moment of screening the film because it provided me with an integrated perception of the film work until it takes its final.”

Milhem pointed out to the importance of studying the above diploma in a way that achieves the integration between the academic and practical study , the philosophy of cinema and film criticism and aesthetics, stressing that the greatest benefit was the opportunity to produce a film by each student, In spite of all the difficulties.

Short Film " Restart" 2019-04-26
shaza
Share
Previous Lavrenteiv says there is a determination to continue fight against terrorism in Syria
Next Shaaban: China’s invitation to Syria to participate in Belt and Road Forum defies US sanctions