Israeli aggression with shells and missiles on a number of sites in Quneitra, damages limited to materials 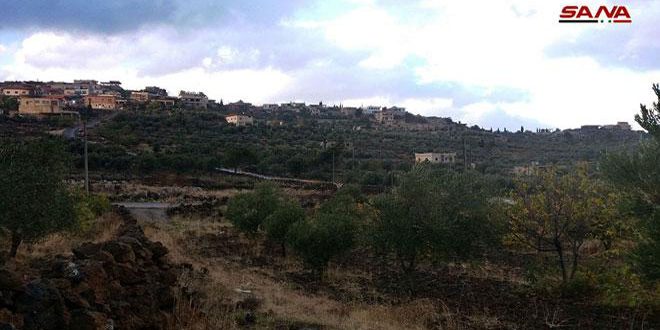 Quneitra, SANA-A military source announced on Sunday that at 18.30 p.m., the Israeli enemy targeted Tal al-Douhor in Jabata al-Khashab, Tal al-Deria and Talet Khaled with a number of shells.

The source added that at 19.50 p.m., Israeli drones launched 4 missiles on Quneitra hospital and one of the points affiliated to the security guard forces, affirming that the damages were limited to materials.

Earlier, SANA reporter said that the Israeli occupation launched aggression with shells on Quneitra, and the damages were limited to material ones.

The reporter added that the Israeli aggression has targeted the destroyed Hospital of Quneitra with a number of tank shells and one of the observation centers in Jabata al-Khashab.

Air defenses of the Syrian Arab army, on January 20th, intercepted an Israeli air aggression that targeted the southern area, preventing it from achieving its targets.