Rainfalls over most areas, snow expected over mountains 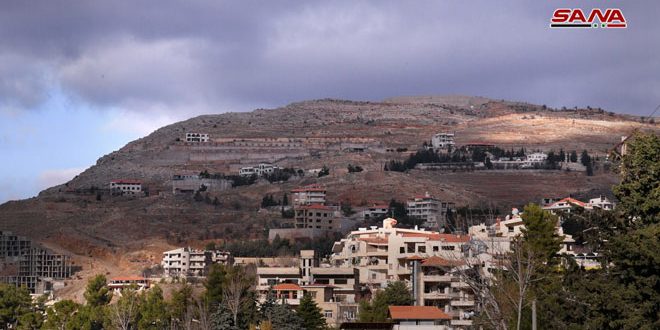 Damascus, SANA- Temperatures will witness a notable drop to become from 1to 2 degrees below average as the country is affected by a polar low pressure in all layers of the atmosphere accompanied by a cold and wet air mass.

Meteorology Department expected in its Sunday bulletin that the skies will be partly cloudy to rainy and cloudy in most areas and heavy rainfalls accompanied by thunder are expected over the coastal, northern and inland areas while snow will fall over the areas whose height exceeds 1000 meters.

The wind will be southwesterly with active gusts and its speeds will exceed 70 km per hour sometimes while the sea waves will be high in amplitude.

Tomorrow, the skies will be partly cloudy to cloudy and rainy in most areas while snow will fall over the areas whose height exceeds 900 meters and the temperatures will continue to drop to become from 2 to 3 degrees below average and the wind will be southwesterly with active gusts sometimes.