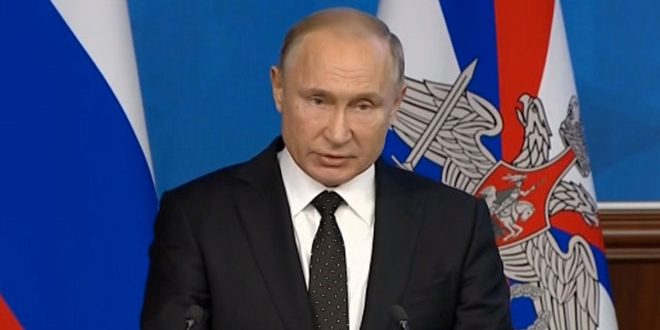 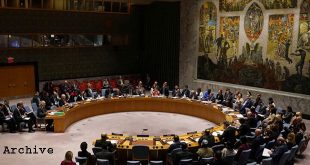 Moscow, SANA – Russian President Vladimir Putin said that most of the Syrian territories have been liberated from terrorism, but there are still pockets of terrorists that must be eliminated.

In a speech on Tuesday at the Russian Defense Ministry, Putin said that Russia is determined to continue the war against terrorism and to provide all kinds of support to Syria in this regard.

Russian Defense Minister Sergey Shoygu announced the completion of the withdrawal of the main part of the Russian forces that had been participating in fighting terrorism in Syria.

During a meeting at the Ministry attended by President Putin, Shoygu said that Moscow finished the process of reducing its military presence in Syria to the level needed to carry out operations now that the Syrian Arab Army established control over the majority of Syrian territory.

The Minister said the forces withdrawn do not belong to the Hmeimim and Tartous bases, and that the Russian Aerospace Forces reduced its operations in Syria from around 100-120 sorties per day to 2-4 operations per week, most of them reconnaissance operations for gathering intelligence. 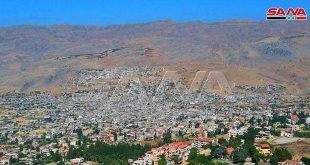 Damascus, SANA-Temperatures remain around average as the country is affected by superficial low air pressure …