Al-Jaafari: Draft Resolution on the state of human rights in Syria unbalanced and distortion of facts 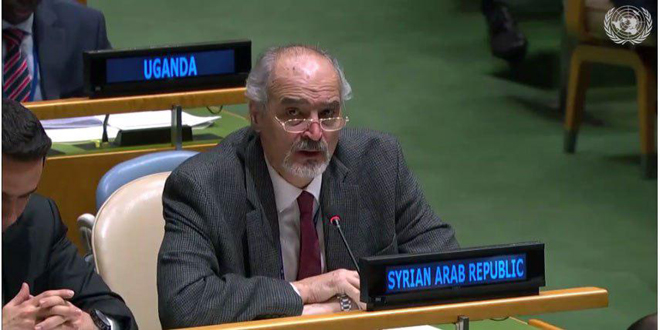 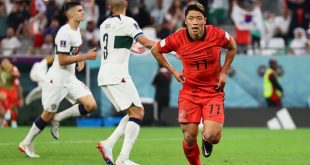 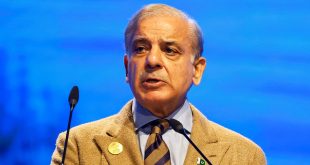 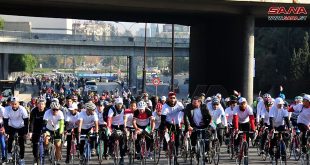 New York, SANA – Syria’s permanent representative to the UN, Dr. Bashar al-Jaafari said that Syria considers voting in favor of the draft resolution submitted by the Saudi regime on the state of Human Rights in Syria as a hostile act against it, adding that the Israeli entity’s approval on the voting uncovers the nature and identity of the draft and asserts the Saudi-Israeli alliance.

Al-Jaafari added during the 55th session of the 3rd commission of the UN General Assembly that Syria opposes the politicization of the item of the state of human rights and the submission of draft resolutions that target UN member states for political purposes.

He  indicated that the content of the draft resolution is not balanced and it aims at distorting the facts and the image of the Syrian government and its legitimate institutions in a way that reflects the Saudi regime’s stance and its destructive policies towards Syria.

He stressed that the Saudi regime, which is the main presenter of this draft, doesn’t possess the moral or legal capacity to submit such draft resolution.

Al-Jaafari went on to say that the Saudi delegation to the UN was and still is a mere facade to target Syria’s security and stability and a tool in the hand of those who support terrorism in Syria.

The Syrian diplomat said that it is an irony that a number of states, which are members in the illegal US-led international coalition,  have participated in submitting this draft resolution, noting that  the same coalition has been committing heinous crimes against Syrian people,  violated the human rights, destroyed Raqqa city and killed thousands of its residents,  not to mention the bombardment of bridges,  infrastructure,  oil and energy plants,  factories and private and public properties and the theft of Syria’s archaeological antiquities.

He called on UN member states to act with big caution and be aware of attempts to politicize Human Rights mechanisms and use them to put pressure on some states.

Al-Jaafari added that Syria will not hesitate to practice its national sovereignty.