Syria takes part in Parliamentary Conference on the WTO 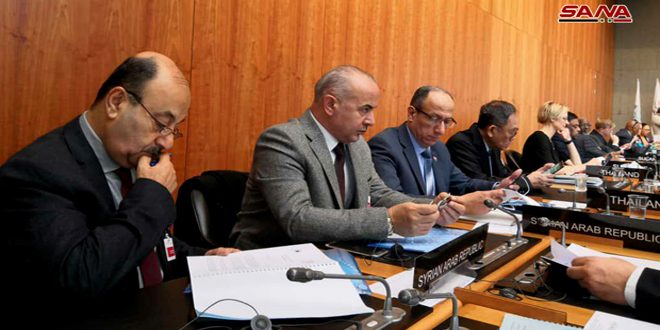 Geneva, SANA- Activities of the Parliamentary Conference on theorld Trade Organization(WTO)were held on December 6th and 7th, with the participation of a delegation from the People’s Assembly and parliamentary delegations from 164 countries.

The challenges that have been facing WTO were discussed during the annual session of the conference.

During the conference activities, MP. Khaled al-Aboud said that WTO was under a global political reality over the past years at the expense of developing countries, indicating the world is currently witnessing the emergence of new international powers with great impact.

For his part, MP. Mahmoud al-Hassan reviewed the unilateral coercive economic measures imposed on the Syrian people which are contrary to all international norms and laws, clarifying that these unfair measures have negatively impacted the daily life of Syrian citizen.

At the closing of the Conference, a paper was adopted which called upon the participating MPs to ensure democratic legitimacy and transparency through strengthening the parliamentarian dimension of the organization.

Parliamentary Conference on the World Trade Organization(WTO) 2018-12-08
shaza
Share
Previous After eight year absence, Christmas tree lit up in Daraa
Next People of Golan reiterate rejection of occupation’s plans to Judaize their land and displace them