After eight year absence, Christmas tree lit up in Daraa 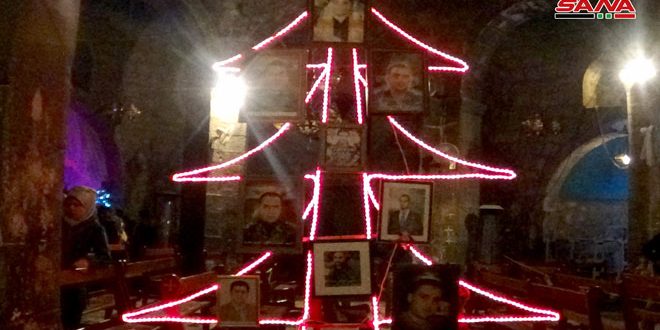 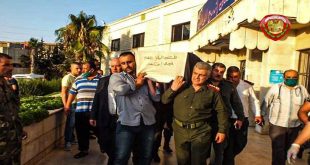 Daraa, SANA-The Christian denominations in Daraa lit up the Christmas tree and opened the cave of Jesus inside the church of St George in Azra’, marking the Barbra Day and celebrating Christmas after an absence of eight years during the crisis in Syria.

The festivity was organized by the Church of St George, during which the locals in Azra’ recited Christmas carols and lit the Christmas tree with the martyrs’ photos dotting it.

The festivity reflected the joy and amity of Azra’ locals after safety, stability, and peace were restored to most of Daraa province.

Father of the martyr Lt. Wassim Daham considered that the Christmas celebrations reflect the beautiful image of Syria, voicing pride in his who was martyred in defense of the homeland against terrorism.