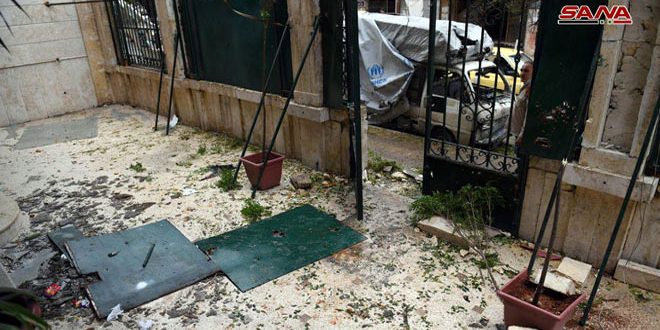 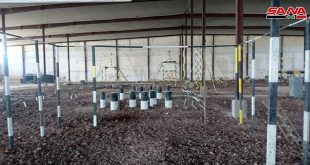 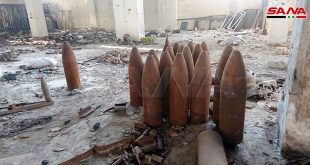 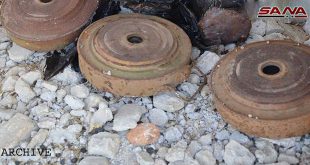 SANA reporter said that explosive rounds fired by the terrorists went off in the surroundings of the Justice Palace building on the outskirts of Jamiet al-Zahraa neighbourhood in Aleppo city, causing only material damage.

The reporter added that the Units of the Syrian Arab Army responded with the appropriate weapons to the areas from which the shells were launched southwest of Aleppo where the terrorists are positioned, inflicting heavy losses upon their ranks. 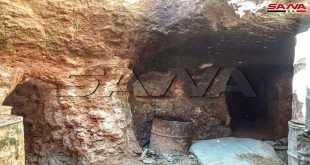