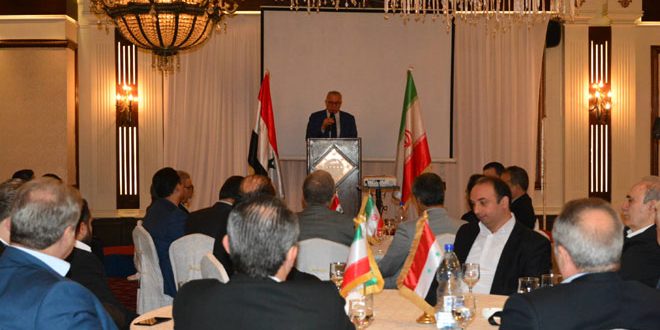 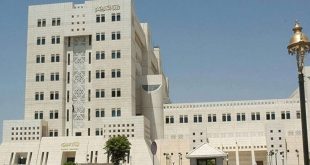 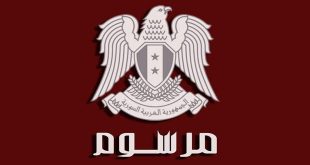 President al-Assad issues decree No. 125 that amends articles in the Law of regulating universities 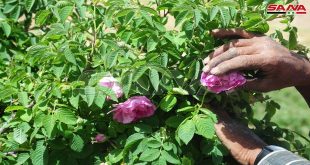 Damascus, SANA-Syrian and Iranian businessmen held a meeting on Saturday in Damascus. The meeting, co-organized by Damascus and its Countryside Chamber of Industry and the Syrian Investment Agency (SIA), came on the sidelines of the reconstruction expo ‘Imaar 4’.

Head of Damascus and its Countryside Chamber of Industry Samer al-Dibes said the meeting seeks to epitomize the ‘highest levels of economic and investment cooperation between businessmen in Syria and Iran’ with a view to establishing partnerships in all fields and enticing Iranian companies into taking part in the rebuilding and reconstruction process in Syria. 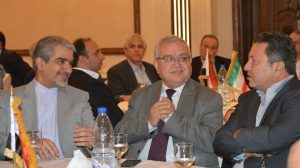 Al-Dibes unveiled plans to hold a conference for Syrian and Iranian businessmen which is due to be held in Tehran in the coming few days to highlight proposed investment projects in the two countries and address existing problems.

The Iranian ambassador in Damascus Javad Turk-Abadi stressed the necessity of building cooperation relations with Syria which is on the cusp of a new phase of rebuilding and reconstruction. 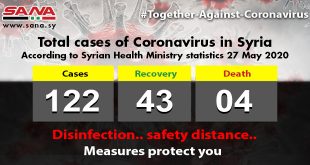 Health Ministry: One new coronavirus case registered in Syria to raise the total infections to 122

Damascus, SANA-Health Ministry announced on Thursday that one new coronavirus case was registered in Syria …