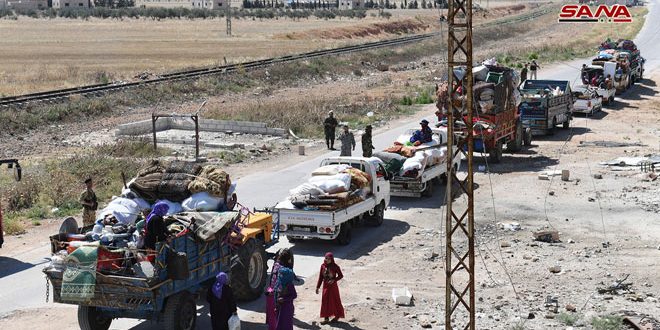 Idleb, SANA- New batches of displaced families on Saturday returned to their towns and villages cleared of terrorism in the countryside of Aleppo and Idleb via Abu al-Duhour corridor in Idleb southeastern countryside.

SANA reporter in Aleppo said that Abu al-Duhour corridor witnessed an intensive return of locals to their homes in villages of the countryside of Aleppo and Idleb, which were liberated by the Syrian Arab Army recently, accompanied by vehicles loaded with their luggage and personal properties and agricultural equipment.

The process of return went smoothly and the concerned parties provided various medical services and relief assistance to the returnees, SANA reporter added.

Tens of families returned to their towns and villages in the countryside of Aleppo and Idleb since the Syrian army’s general command declared the area free of terrorism last February. 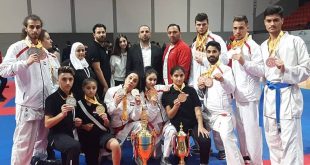