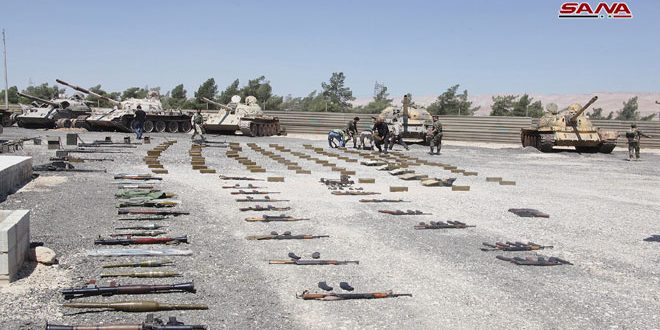 The seized amounts were hidden by terrorists of Jaish al-Islam and Jabhat al-Nusra within secret caches in al-Batra and al-Rhaiba Mountains to the northeast of al-Qutaifa area before they were evacuated to northern Syria.

The commander added that large amounts of Turkish and Saudi medicines and large quantities of nitrogen fertilizer used by terrorists in manufacturing IEDs and missiles were also seized.