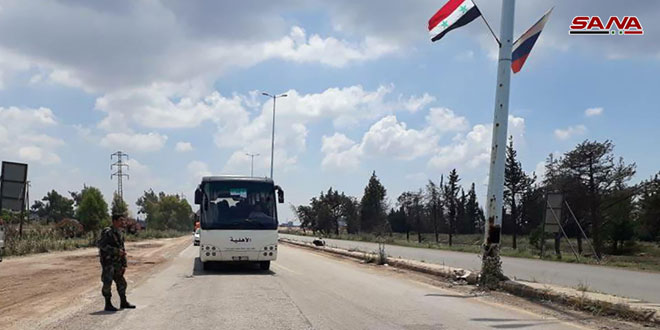 SANA’s correspondent in Homs said that 59 buses carrying hundreds of terrorists and their families have left al-Samalil village in the northern countryside of the province, heading to al-Mokhtariya village and then to Idleb.

In Hama province, SANA’s correspondent said that 63 buses left after having been gathered at al-Rastan Bridge, and were transported to Idleb in two batches in the evening. 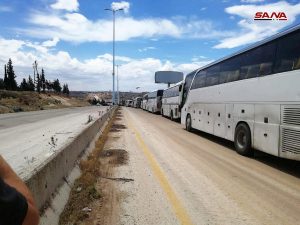 The buses have been subjected to thorough inspection to prevent terrorists from smuggling mines, explosive devices, or weapons, as well as to prevent them from taking any civilian as hostage under threat.

Medium weapons, explosive belts, machineguns and mines were seized during the inspection process, said the correspondent.