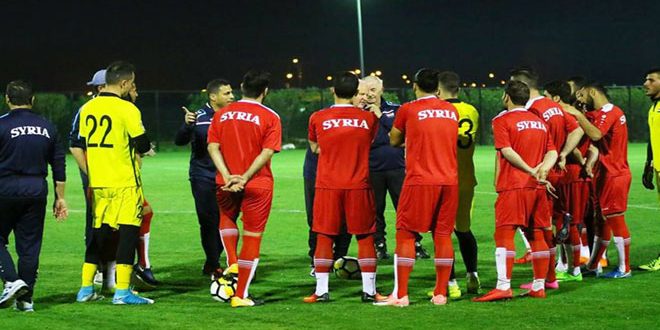 Baghdad, SANA – The 2018 International Friendship Championship kicks off on Wednesday in Baghdad at Basrah International Stadium.

This football tournament will bring together the National football teams of Syria, Iraq, and Qatar, in preparation for the 2019 AFC Asian Cup due to be held in the UAE.

The Syrian national football team trained for the Championship in Basra under the supervision of German coach Bernd Stange. This will be the first championship for the team under Stange’s coaching.