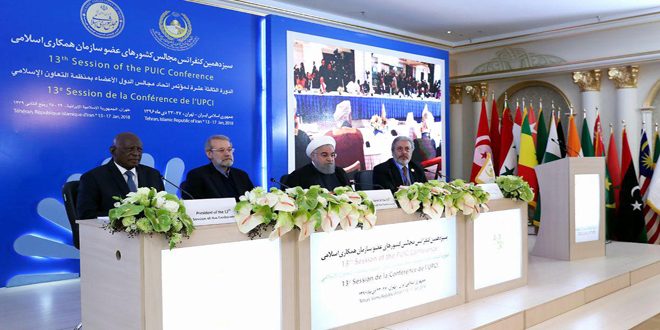 Tehran, SANA- The conference of Union of Councils of the Organization of Islamic Cooperation (OIC) Member States kicked off in Tehran on Tuesday with the participation of Syria. 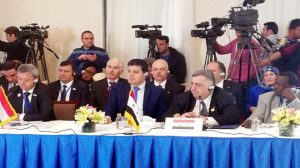 The Syrian delegation to the conference is headed by Speaker of the People’s Assembly, Hammoudah Sabbagh.

In his speech at the opening of conference, Iranian President, Hassan Rouhani, has said that the Islamic states should unite and cooperate for rooting out extremism and terrorism and drying up their sources.

President Rouhani added that Iran was one of the pioneer countries which helped fighting terrorism and stood by Syria and Iraq in facing the terrorist powers. 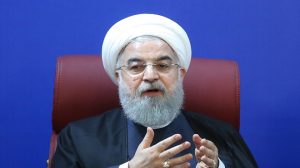 He  stressed that one of the most important reasons for destabilizing the Middle East region is continuation of Zionist occupation of the Arab lands and the US government’s unwavering support and bias to this usurping entity and depriving the Palestinian people of their fundamental rights to establish an independent Palestinian state with al-Quds (Jerusalem) as its capital.

In turn, Speaker of the Iranian Shura Council, Ali Larijani, stressed the need for enhancing cooperation among the OIC member states in all domains, particularly in the economic field. 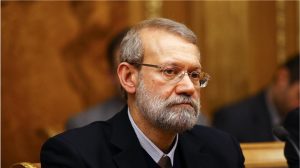 “Today, we are in dire need to further cooperation among the Islamic states in all domains,” Larijani said, hoping the conference to come up with outcomes that upgrade to the level of aspirations of the Islamic states.

Lebanon’s Parliament Speaker Nabih Berri , called for supporting the resistance of the Palestinian people in all its forms to realize the dream of return, self-determination and the establishment of an independent Palestinian state.

He urged the Arab countries to make a clear declaration recognizing the state of Palestine with al-Quds as its eternal capital.

Syria’s Ambassador to Tehran, Dr. Adnan Mahmoud, attended the opening of the conference.

On Saturday, activities of the 13th session of Union of Councils of Member States of OIC Conference were launched in Tehran with participation of Syria, experts and representatives of 44 states.

The five-day Conference is an annual event that tackles matters important to the Islamic states including the Palestinian Cause.