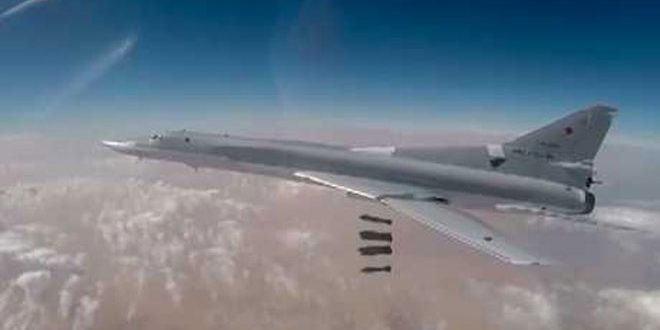 The strategic long-range Tu-22M3 bombers took off from Russia, covered by Su-30SM fighter jets which flew from Hmeimim Airbase, targeted Daesh terrorist organization’s ammo repositories, vehicles, and fortified positions, the Ministry said in a statement, asserting that all the Russian planes returned safely to their bases upon completing the mission.