ICRC to provide agricultural support to 4000 families in Aleppo countryside 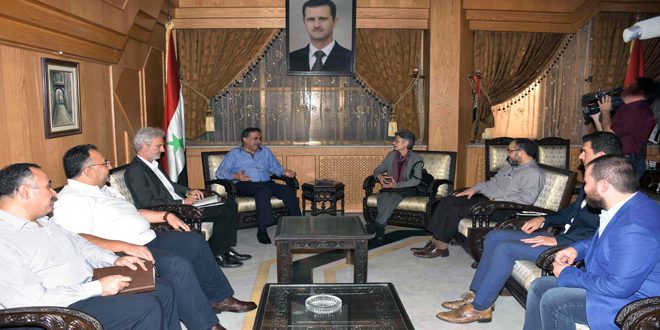 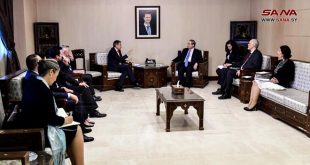 Aleppo, SANA – Head of the International Committee of the Red Cross (ICRC) mission in Syria Marianne Gasser said that the ICRC will provide agricultural equipment and seeds to 4000 families to help them cultivate and invest their lands in the upcoming month.

During a meeting with Aleppo Governor Hussein Diab on Wednesday, Gasser added that the ICRC’s branch in Aleppo is closely coordinating with the Governorate regarding the projects to improve the livelihoods and the prosthesis center to serve the widest possible segment of people.

She added that the ICRC seeks to increase its support through many projects related to water, health and relief, in addition to the rehabilitation of water networks in the eastern countryside of the province.

For his part, Aleppo Governor noted to the massive volume of devastation caused by terrorism, adding that since emergency, medium and long-term reconstruction plans have been put more support is required to implement more projects, especially in rural areas.