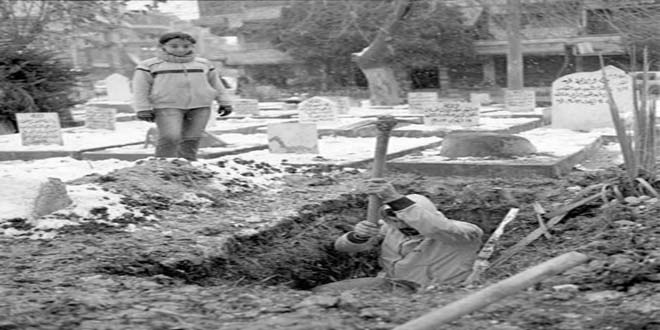 New York, SANA- Association of Photographers Awards “APA” presented the Honorary Award “War Category” to Syrian Photographer Hagop Wansiyian for his three photos which represent the repercussions of the terrorists war on Syria.

More than 14 thousand photos taken by photographers from 165 countries participated in the event.

“I want to convey an image about the suffering of the Syrian people to the whole world, and to address their conscience in a humanitarian way that documents what the Syrians have faced of terrorist war that targeted their existence, humanity and culture,” Wansiyian said.

Wansiyian has harvested many international awards, nine of which were obtained over the last two years.

In 2015, he held an exhibition in cooperation with the Syrian Permanent Mission to the United Nations at the UN headquarters documenting the destruction of the archeological sites in Aleppo by the terrorist groups.