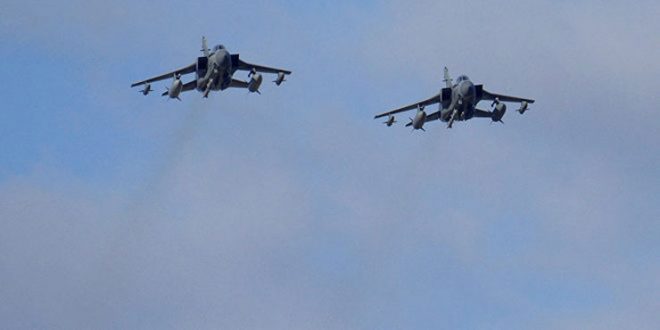 Deir Ezzor, SANA- The warplanes of the US-led international coalition on Tuesday killed scores of innocent civilians in airstrikes
targeting a number of villages and towns in the eastern countryside of Deir Ezzor province during the past few hours.

Local sources told SANA’s reporter that the warplanes of the US-led coalition bombed citizens’ houses in the areas of al-Kamsheh, al-
Showeit, al-Doweir and al-Ashara in the eastern countryside of the province.

The sources added that the coalition’s attacks claimed the lives of 60 civilians and injured scores more, including women and children,
in addition to causing material damage to homes.

60 civilians killed by US-led coalition in Deir Ezzor 2017-08-01
hala
Share
Previous President al-Assad: Syrian Arab Army personnel are drawing an epic of glory
Next An exhibition by a number of plastic artists in support of the Palestinian people 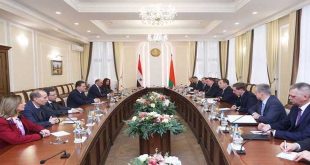