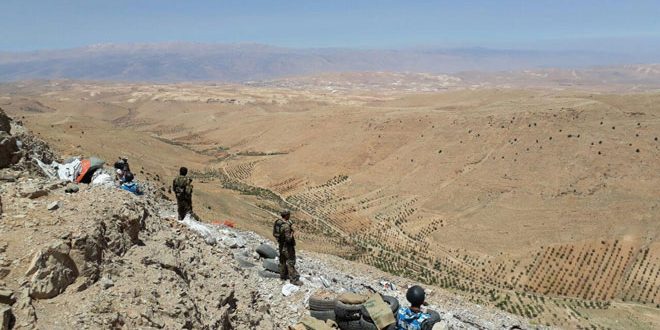 Damascus Countryside, SANA-Army units, in cooperation with the Lebanese resistance and Internal Security Forces, established full control over Jroud Fleiteh in al-Qalamoun al-Gharabi area in Damascus Countryside after eliminating the last gatherings of Jabhat al-Nusra terrorist organization in it. heroes of the Syrian Army and the resistance, adding that all Jroud Fleiteh and part of Jroud Arsal were cleared of Jabaht al-Nusra and that the army units became in a direct confrontation with the terrorists of ISIS in Halimat Qara about 3 km of Taliet al-Qara.

He added that the joint military operation of the army and the resistance ended up with having control of an area of 36 square kilometer and eliminating more than 70 terrorists from Jabhat al-Nusra as well as destroying their dens and equipment, while the rest of them fled away.

The field commander affirmed that army units will continue their operations as part of their national mission to eradicate terrorism wherever it is found on Syrian soil.

In turn, an officer from the Internal Security Forces said that Special Task Units in the Interior He said that morale of the army fighters is high and they continue to carry out their duties in a high combat spirit until eliminating terrorists in all Syrian territory. 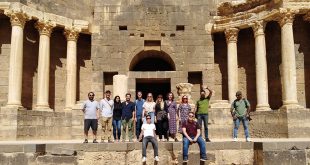