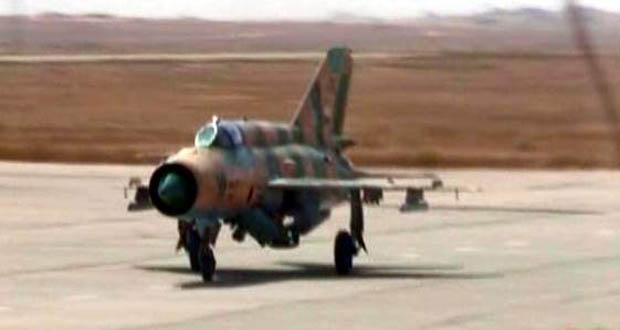 Raqqa, SANA Mercenary terrorists from the terrorist organization of the Islamic State in Iraq and Syria (ISIS) are having their hopes of taking over al-Tabqa military airport in Raqqa ruthlessly quashed at the hands of the Syrian Arab Army.

Tens of dead bodies of those terrorists are lying on the ground all along the area surrounding the strategic airport in the northern province.

Despite media incitement put up in support of ISIS terrorists in their attack against the airport and the scale of weapons which they employed in their attacks over the past days, the terrorists could not hold their ground as they have been faced with “the unshakable bravery and strength” of the armed forces, according to a field commander.

The terrorists, the commander told SANA reporter, were forced to retreat after they suffered heavy losses in personnel and equipment.

He confirmed that al-Tabqa military airport is “secure” and that the army members guarding it are targeting the terrorists’ positions in the surrounding area, pointing out that the army units have established control over the adjacent al-Ejeil town.

The position of the town, the commander said, has provided the army with a springboard to monitor and pound ISIS terrorists’ positions in al-Tabqa area.

He affirmed that severe losses were inflicted upon the terrorists, with many of the tanks, launchers and vehicles which they were using in their attacks were seized.

Another field commander recounted how armed mercenary terrorist groups attempted on Thursday night to storm and infiltrate the airport.

“They however were confronted by the heroes of the Syrian Arab Army who eliminated large numbers of them,” said the commander, noting that attempts to attack the airport were repeated on Friday. “This time the number of deaths in their ranks was doubled,” he added.

Over a year now, there have been clashes erupting on a daily or weekly basis to repel the terrorists’ attempts to attack the airport, which were to no avail each time as the terrorists could not take over the airport.

However, the terrorists’ intensified attacks recently and the geography of area around the military airport have prompted the Syrian Arab army to employ air force launching concentrated strikes that were described as “the strongest and most accurate airstrikes that ISIS has received so far.”

Along with using the air force, the army pressed ahead with artillery shelling from the defense frontlines around al-Tabqa Airport to confront the tactics of ISIS terrorists, one of which was two days ago when they sent two “armored vehicle bombs” in a bid to create a gap in the surrounding of the airport, according to sources.

With their high morale, coupled with an unshakable confidence in achieving victory, members of the armed forces have asserted their complete readiness to deter any ISIS attack, stressing that taking over al-Tabqa airport is “a dream” for ISIS terrorists which will never be realized and that the airport will be the army’s springboard for defeating the terrorists in Raqqa and restoring full security to the entire province. 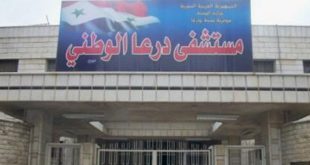 Daraa, SANA- Terrorist groups targeted with shells the National Hospital and the citizens’ homes in …