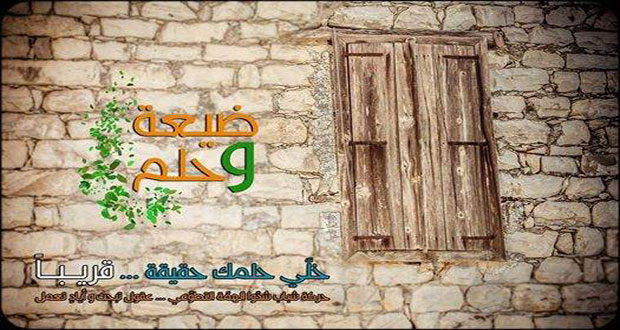 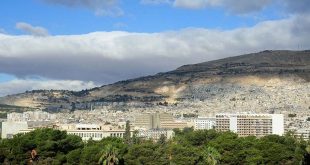 Lattakia, SANA – Three years into the crisis in the country, volunteering spirit has been boosted, with increasing numbers of volunteer initiatives and projects being launched nationwide, the recent was “Dream and Village”, a wide-ranging social development program that targets villages in the coastal area.

“Dream and Village” is a humanitarian and societal project that came in continuation of the relief activities carried out by the youth group which launched it.

Including a variety of activities, the project, which stemmed from an initiative titled “Make Your Dream Come True”, aims at contributing to societal development through finding new means of providing aid to targeted people by creating long-term small projects and permanent initiatives that provide monthly income for them.

The project basically target the families of martyrs and the injured army members as well as needy people in the villages.

Media coordinator of the project’s team, Ahmad Zamlout, said the activities also include providing basic services to the villages, including maintenance, rehabilitation, improvement and cleaning works.

Mzar al-Qatriyeh village in Lattakia province was chosen as the starting point of the project, which is meant to expand its scope to cover the entire coastal area.

A camp was set up in the village which, according to Zamlout, covers an array of points of focus, first of which is highlighting the importance of volunteer work. He pointed out that the camp has already attracted volunteers from other initiatives and teams to establish a sort of networking between those teams in the targeted area.

The second point to be addressed is that of offering psychological support that is largely aimed at engaging children of martyrs and other children in physical, sport, mental and open activities for their different ages with the aim of developing the children’s abilities in an atmosphere of entertainment, Zamlout said.

The project also focuses on mental and sensory development, working on activities of brainstorming and Neuro-linguistic programming (NLP) to encourage children to develop the skills of thinking outside the box.

The project also provides a chance for literary talents to come to light through introducing prominent works to audience and supporting gifted children, according to Zamlout.

A special campaign was launched to that effect under the title “Let’s Read”, whose primary objective is to encourage children over 16 to read, along with a step to establish a library for children under 12.

“We are also interested in theatre…There will be daily outdoor theatrical and musical shows,” Zamlout said, adding that a workshop for qualifying theatre actors from the villages will also be launched.

Reviving the Syrian cinema is another point of focus, an attempt, Zalmout said, that will be carried out through presenting outdoor shows in light of the lack of movie theatres in rural areas. Courses for teaching photography will be also held.

Zamlout concluded by stressing his optimism about the project having a strong chance to go ahead, with the first stage having received remarkable official and popular cooperation.