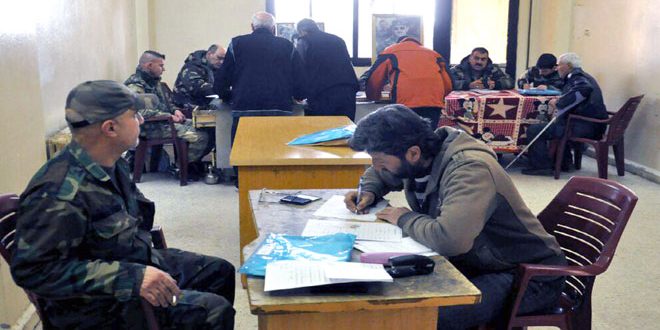 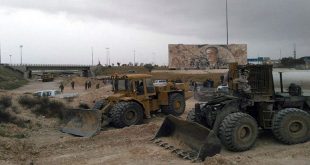 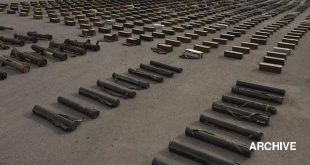 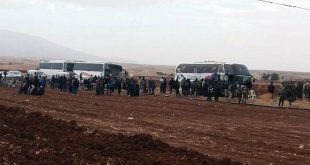 Homs, SANA – Procedures of settling the legal status of 136 persons from al-Waer neighborhood in Homs city have been completed in the framework of implementing the reconciliation agreement in the neighborhood, which became free of all armed manifestations on May 21.

SANA reporter said that the settlement committee in al-Waer neighborhood has achieved its final missions by settling the legal status of 136 persons after they had turned themselves in to the authorities.

The reporter said that the number of persons who had their legal status settled in the neighborhood according to the reconciliation agreement and the Amnesty Decree No. 15 for 2016 reached 1111 persons, noting that with this final settlement process done, the agreement is fully implemented.