Aleppo, SANA-Citizens of Aleppo live the joy of victory after liberating several towns and villages in the western and northwestern countryside of Aleppo by heroes of the Syrian Arab Army who completely secured the surrounding of the city, rescuing it from terrorism and shells of hatred and spite from which the city has been suffering for many years.

SANA camera toured a number of Aleppo neighborhoods, schools and streets which live the joy of victory. 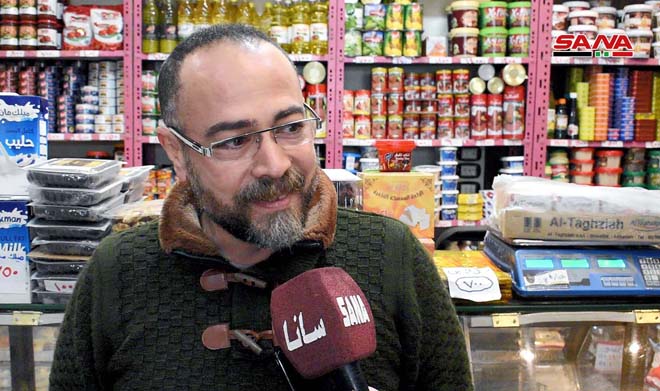 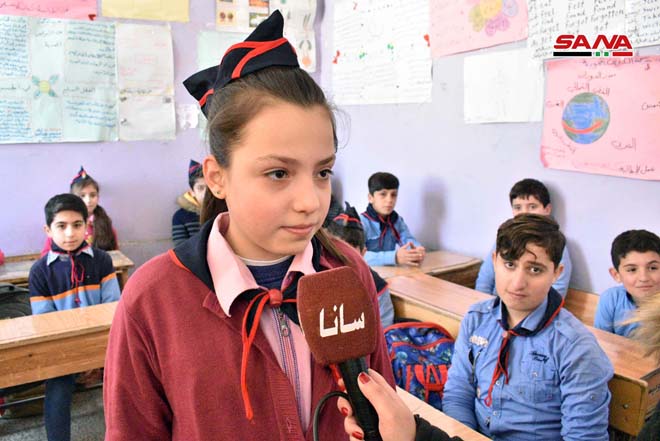 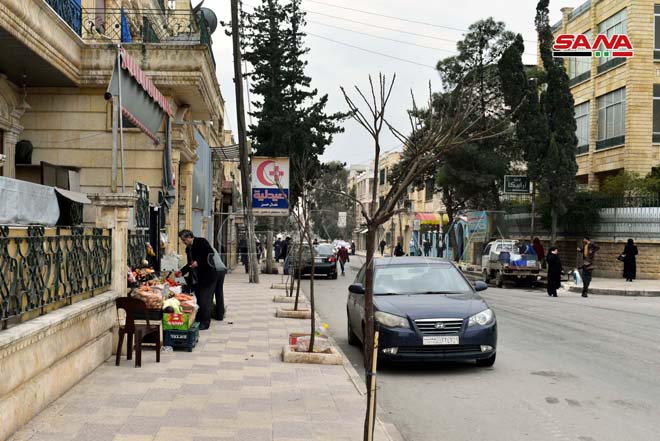 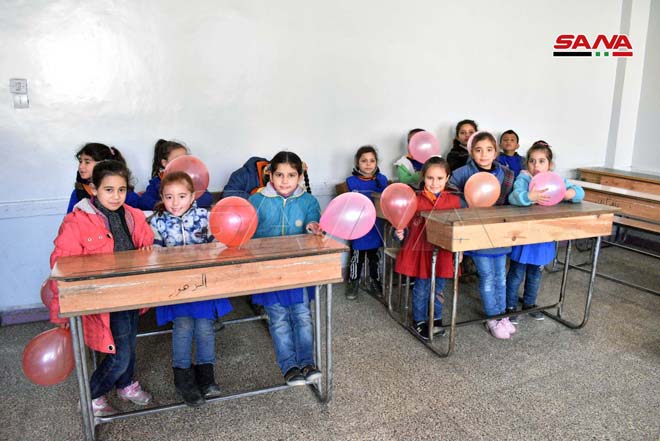 2020-02-17
m.eyon
Share
Previous President al-Assad: Our army will never hesitate to carry out its national duties, and it will be as it always has been: an army from the people and for the people
Next Joy of citizens in Aleppo after the victories achieved by the Syrian Army and liberating villages and towns surrounding the city from terrorism(photos)