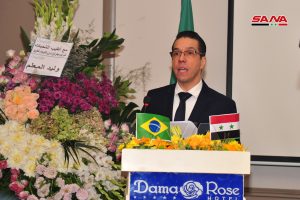 In a speech, Ambassador of Brazil in Damascus Fabio Vaz Pitaluga underlined the strong friendship between the two countries, affirming Brazil’s support for Syria in its war on terrorism and the need to assist in the reconstruction process and national reconciliation.

Pitaluga stressed that Syria belongs to the Syrian people who have the right to determine their future on their own.

The Ambassador offered congratulations on the success of the 61st Damascus International Fair in which his country had participated, calling for maintaining joint efforts to enhance trade exchange. 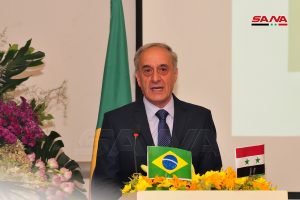 For his part, Assistant Foreign and Expatriates Minister Dr. Ayman Sousan lauded Brazil’s support for Syria against terrorism, saying that the two countries look forward to enhancing cooperation and that Syria welcomes Brazil’s contribution in reconstruction.

Sousan said the friendly relations between Syria and Brazil are based on mutual respect, adherence to international law, and achieving stability in the world, praising Brazil’s positions and policies in support of rights, justice, and peaceful resolution of international issues based on international law. 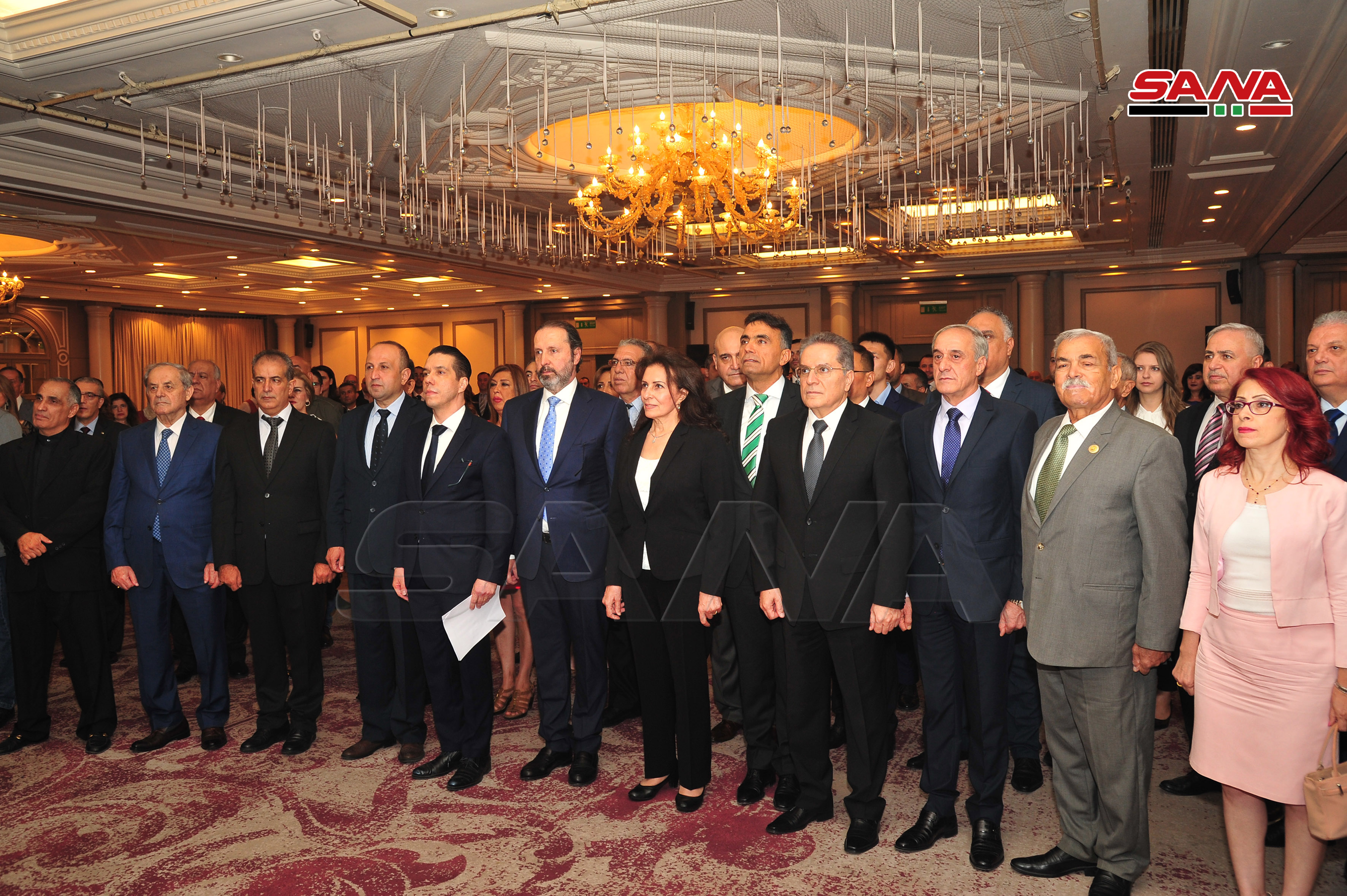