Lattakia, SANA- A Russian academic delegation headed by Dr. Vadim Zaichikov, Director of the Russian Centre for Science and Culture in Beirut and supervisor of the Russian Cultural Center in Damascus paid a visit to Tishreen University in Lattakia on Thursday. 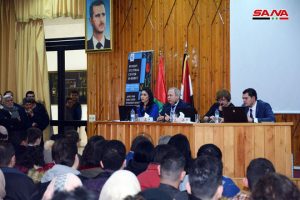 The delegation discussed with the rector of the university , Dr. Bassam Hassan, means of bolstering academic cooperation between the Syrian and Russian universities. 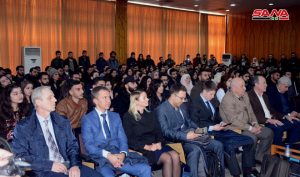 They called on the Syrian students to take advantage of the free scholarships provided by the Russian universities , especially in the fields of aviation, navigation, and cars industry , as well as informatics , media, languages, chemistry, physics, mathematics and medicine.

Both sides are looking forward to establishing educational bilateral programs and joint certificates and boosting exchange of professors and students to serve both sides, Zaichikov said in a press statement following the meeting.