Damascus, SANA-President Bashar al-Assad on Monday participated in a religious festival held by Ministry of Endowments on the occasion of Prophet Mohammad’s birthday at Sa’ad bin Mo’az mosque in Damascus. 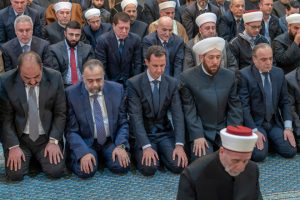 Minister of Endowments Mohammad Abul-Sattar al-Sayyed delivered a speech in which he pointed out to the life of Prophet Mohammad and his message which has started with combating unenlightenment, raising the flag of science, education and civilization and concluded by the announcement of the human rights in life, freedom and equality.

“Syria has paid a precious price in order to preserve its independence and maintain the dignity of its people whose army has defended the homeland and achieved their interests against terrorism,” the Minister added.

The event included religious chants by the band of Sheikh Salim Akkad. 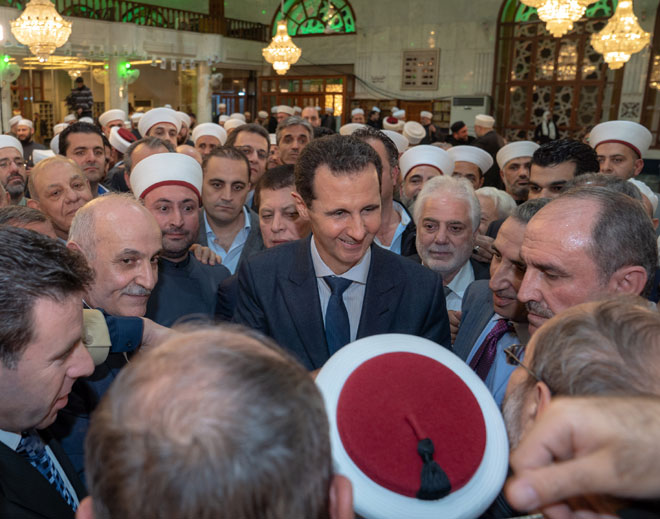 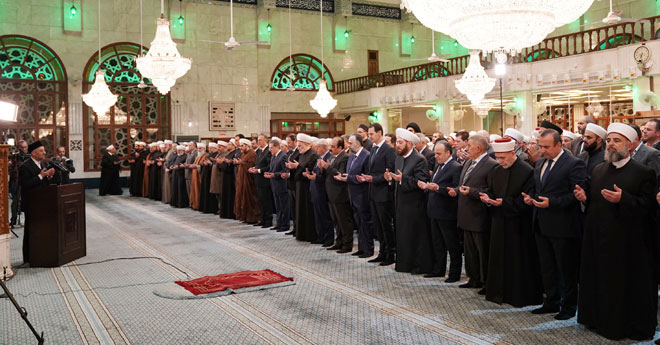