Homs, SANA- The component authorities continued combing operations in al-Houla area to consolidate the state of safety and security in the villages, town, farms, and agriculture fields in Homs northern countryside during which the authorities discovered various IEDs and shells left behind by terrorists.

The reporter added that the seized weapons and explosive shells were used to attack civilians in the neighboring villages and towns.

About 24 hours ago, the authorities found various weapons including rifles, medium weapons, anti- armors and amounts of munitions and explosive devices in al-Houla. 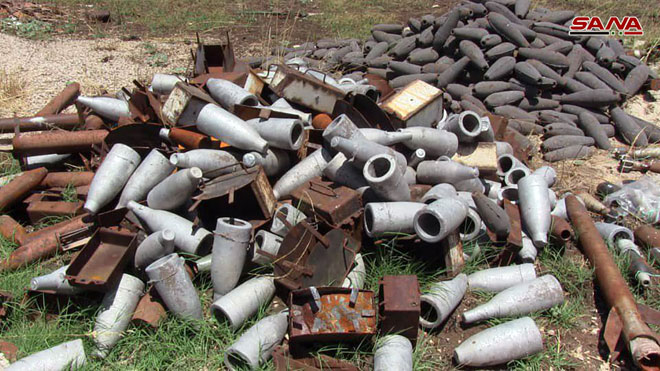 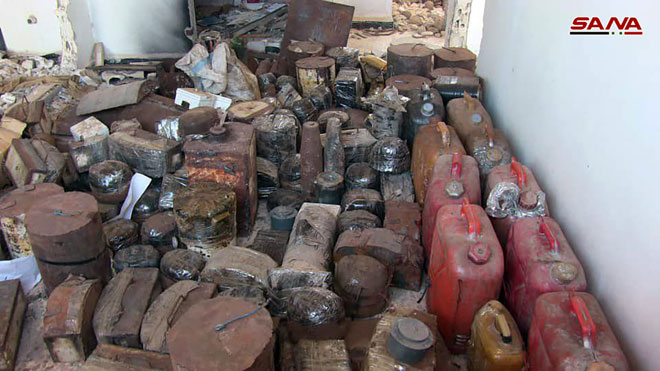