Lattakia, SANA- As attention in the material and nonmaterial value of antiquities increased since the beginning of the past century, the Syrian archeological sites have been prone to waves of illegal activities making the need for documenting the locations of the stolen antiquities in the world’s museums a must.

Syrian expatriate researcher Ibtisam Bader Nasraa has documented the Syrian antiquities in several international museums, relying on the tours she made to prominent museums and her academic education of public tourism management. 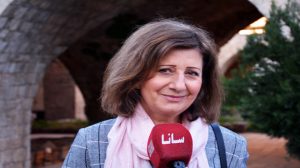 In an interview with SANA, the researcher pointed out that the Syrian archeology has been threatened during the war of terrorism waged against the country, which is as dangerous as what happened during the aforementioned periods.

Nasraa stressed the need for documenting the Syrian antiquities displayed in museums of the world particularly during the current war where the stolen antiquities have made big bargains to antique smugglers and dealers in order to restore them benefiting from the international laws for protecting them. 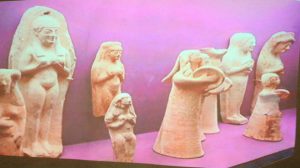 “The documentation of the Syrian relics should be an institutional responsibility as to shed light on them knowing their places in a step to retrieve them in accordance with the international laws relevant.”

She went on in explaining the thefts of archaeological sites during the last decades, indicating that the foreign archaeology missions carried out excavation works and transferred the findings to their country since the beginning of their works in the country in 1864 until the issuance of Archaeology Protection Law in 1963.

More recently, the terrorist organizations have destroyed the archeological sites, made illegal excavations, stolen the antiquities and smuggled them outside Syria for cheap prices according to Antiquities and Museums Department.